The Moment of Discovery 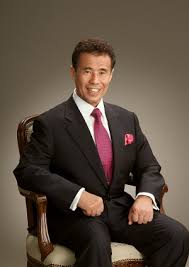 In 1966, Yoshiaki Sato was 18 years old.  One day, his legs went numb while sitting on the floor in the traditional Japanese posture.  He could barely stand the pain any longer with his legs bent underneath him. Out of desperation, he began to massage his calves in an attempt to relieve the discomfort during the long ceremony. He realized that his blood circulation was blocked in his calves as he was sitting directly on his feet. This was Sato’s initial KAATSU “ah-ha” moment where the original idea of blood flow moderation training began.

The swelling in his calves was similar to how he felt when he did weights with his legs. It led to an important question and theory, “I wondered whether purposefully constricting blood flow could artificially replicate the physiological conditions of hard training. If this were true, could benefits be realized by only lifting light loads instead of heavy weights?”

Over the next 7 years, the young man from Tokyo diligently experimented on himself by applying different bicycle tubes, ropes and bands at different pressures on various parts of his body. He methodically kept track of what type of bands and pressures worked and what experiments did not. With years of detailed trial and error, Sato gradually developed effective protocols to safely restrict blood flow. His research on his own body led him to determine what length and width of bands are ideal and the optimal degree and locations to apply KAATSU pressure.

The Moment of Proof

By 1973 at the age of 25, Sato developed the details of KAATSU as it is currently practiced. At that time, on a ski trip, he fractured his ankle and damaged his the ligaments around his knee. The injuries were diagnosed and the doctors told Sato that it would take 6 months to heal.

With a plaster cast on, Sato rehabilitated himself with KAATSU Bands applied to his upper leg. He repeatedly applied KAATSU pressure on and off while doing isometric exercises for 30 seconds on and a few seconds off three times per day. The results of his regimen shocked his doctor when his muscles did not atrophy and he fully recovered within 6 weeks.

The Years of Confirmation

Word spread locally of Sato’s unheard of recovery. Demand for his new approach built rapidly, so Sato opened the Sato Sports Plaza in Tokyo and conducted KAATSU Training on local Japanese over the next decade. While applying KAATSU to thousands of clients, Sato learned what worked best for people of all ages and with various kinds of afflictions between 1973 and 1982.

In 1994, Sato applied for his first patents in Japan (Patent No. 2670421), U.S.A. (Patent No. 6149618), and Europe (UK, Germany, France, Italy with 94206403.0) as he produced and commercialized the first KAATSU Training bands. He worked on injured professional golfers and Japanese Olympians as his reputation grew.

In 1997, Sato introduced the KAATSU Instructor educational program where his defined protocols were shared with coaches, trainers, physical therapists and physicians throughout Japan. Over 3,000 KAATSU Instructors were certified and hundreds of more experienced KAATSU Special Instructors were licensed. These Instructors conducted tens of thousands of KAATSU sessions annually and safely without complications.

Media attention and public acceptance grew after KAATSU Training was named one of the collaborative projects of the University of Tokyo Hospital’s 22nd Century Medical and Research Center. Sato also began to offer an ischemic circulatory physiology course at the University of Tokyo Hospital and conducted joint development work with the Japan Manned Space Systems Corporation.

In the 1990s, Sato began joint research with Professor Naokata Ishii of the Department of Life Sciences, Graduate School of Arts and Sciences, at The University of Tokyo. Other researchers in Japan started to explore the benefits of KAATSU and various research results were submitted to peer-review publications.

Introduction of the KAATSU Master

The second generation of KAATSU equipment was launched in 2004 with the introduction of the original KAATSU Master and the KAATSU Air Bands. The KAATSU Master device quantified and monitored the precise pressure applied to users’ legs and arms. Sales soared in Japan as professional athletes and celebrities started doing KAATSU. An increasing number of research results were published in academic journals in the United States and Europe.

Introduction of the KAATSU Master Mini

In 2006, Sato completed the design of a smaller, portable, programmable KAATSU device called the KAATSU Master Mini. Sato developed other applications for KAATSU users like KAATSU for speed and stamina as well as KAATSU Beauty and stress relief. He also designed the KAATSU Chair.

In 2009, Dr. Sato signed a joint development agreement at China’s Jilin University and the National Research Institute of Sports Science of China.

In 2014, KAATSU Global is established in Huntington Beach, California and the Center for KAATSU Research at the Harvard Medical School is established in Boston, Massachusetts. Dr. Sato began expansion to the markets in the North and South America, Europe and the Middle East while KAATSU Japan remained focused on introducing KAATSU to China, Russia, Korea and Indonesia.

At the 10th annual KAATSU International Symposium in Tokyo in 2014, Dr. Sato announced the launch of the new KAATSU Master and the KAATSU Nano with touch screen and data mining capabilities together with the KAATSU Aqua and an online KAATSU certification program in English. The rollout of the new products began in January 2015.

In 2013, Dr Sato started to design and test KAATSU Aqua in Southern California with American swimmers and water polo players. After successful testing in Southern California and Boston with high school players and adult fitness swimmers, and at Harvard University with collegiate swimmers, the final design and protocols were set. KAATSU Aqua was launched at the 2014 FINA World Aquatics Convention in Qatar.

Future applications of KAATSU are currently being explored in the military, medical, sports performance and wellness markets in the United States, Asia, South America, Europe and the Middle East.